Twin Arch has 35 acres and .7 miles of trail. It sits along the Great Miami River and is a great place for hiking, biking, fishing, kayaking, canoeing and viewing wildlife. Look out for the renovated, historic Miami-Erie Canal Twin Arches. For more information, please click on the tabs. Click on the link to view the brochure map for Twin Arch. You can also view the bike trail and river access map here. 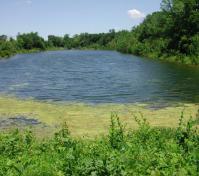 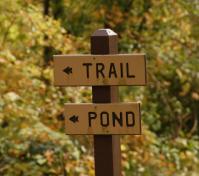 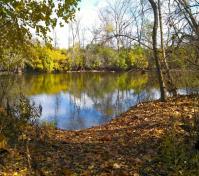 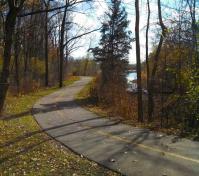 Twin Arch Reserve sits along the Great Miami River and is a great place for hiking, biking, fishing, kayaking, canoeing and viewing wildlife. A highlight of the park is the renovated, historic Miami-Erie Canal Twin Arches. The arches were originally built in 1837 and are one of only two structures of its type in Ohio. The park includes a five acre pond, with fishing access. The fishing is catch and release and a state fishing license is not required, however if you choose to fish in the river make sure you have your license handy. If you prefer nature trails, there is nearly one mile that winds through the park and by the Natural Play Area where children can play in the woods.

The segment of the Miami-Erie Canal, which includes the twin arch stone culvert, began construction in the early 1830’s to complete the link between the Ohio River and Lake Erie. This canal, one of the oldest artificial avenues of transportation, provided the needed access for the movement of goods throughout the state and the nation, and encourages the development of many of today’s significant communities in western Ohio. Much of the development occurred along the length of the canal between Cincinnati and Toledo.

The twin arch stone culvert was constructed in 1837 as part of the “extension” of the original M& E canal which ran from Dayton to Cincinnati. The principal engineer for the extension was Samuel Forrer, a Dayton resident who was very significant in Ohio canal history.  Beginning in 1818, Forrer was employed for fifty years as a canal rodman, surveyor, engineer, contractor and finally, a Commissioner. The resident engineer for the extension was David Bates, who had previously been a principal engineer on the Erie Canal in New York. One of the junior assistant engineers on this section of the extension (between Dayton and Piqua) was David H. Morrison, who later started the Dayton based Columbia Bridge Works which manufactured and erected metal truss bridges throughout the Midwest.

The original contract for the construction of the culvert was given to Loring R. Brownell and Norman Sumner, both from neighboring Darke County. They were to have completed the work by June of 1836, but continuing outbreaks of Cholera and a very wet spring delayed construction. Apparently, these men defaulted on their contract, for a John Kleine was paid for the completion of this section of the canal in April of 1837. Kleine utilized German immigrants as laborers for the project.

The culvert was constructed of limestone, with 2 spans of approximately 15 foot sides, with about 2 inches between the spans.   The length of the arch barrels is approximately 96 feet. The arch barrels are made of roughly cut limestone, laid with lime mortar in 6-inch courses. The headwalls curve out slightly at the ends and are made with 18 inch thick limestone, laid up dry. This masonry was constructed upon wood timbers. These timbers were then laid across wood piling foundations.

It is one of two twin arches remaining on the M & E canal. The second arch is located near the small town of Texas in Henry County, Ohio, southwest of Toledo.